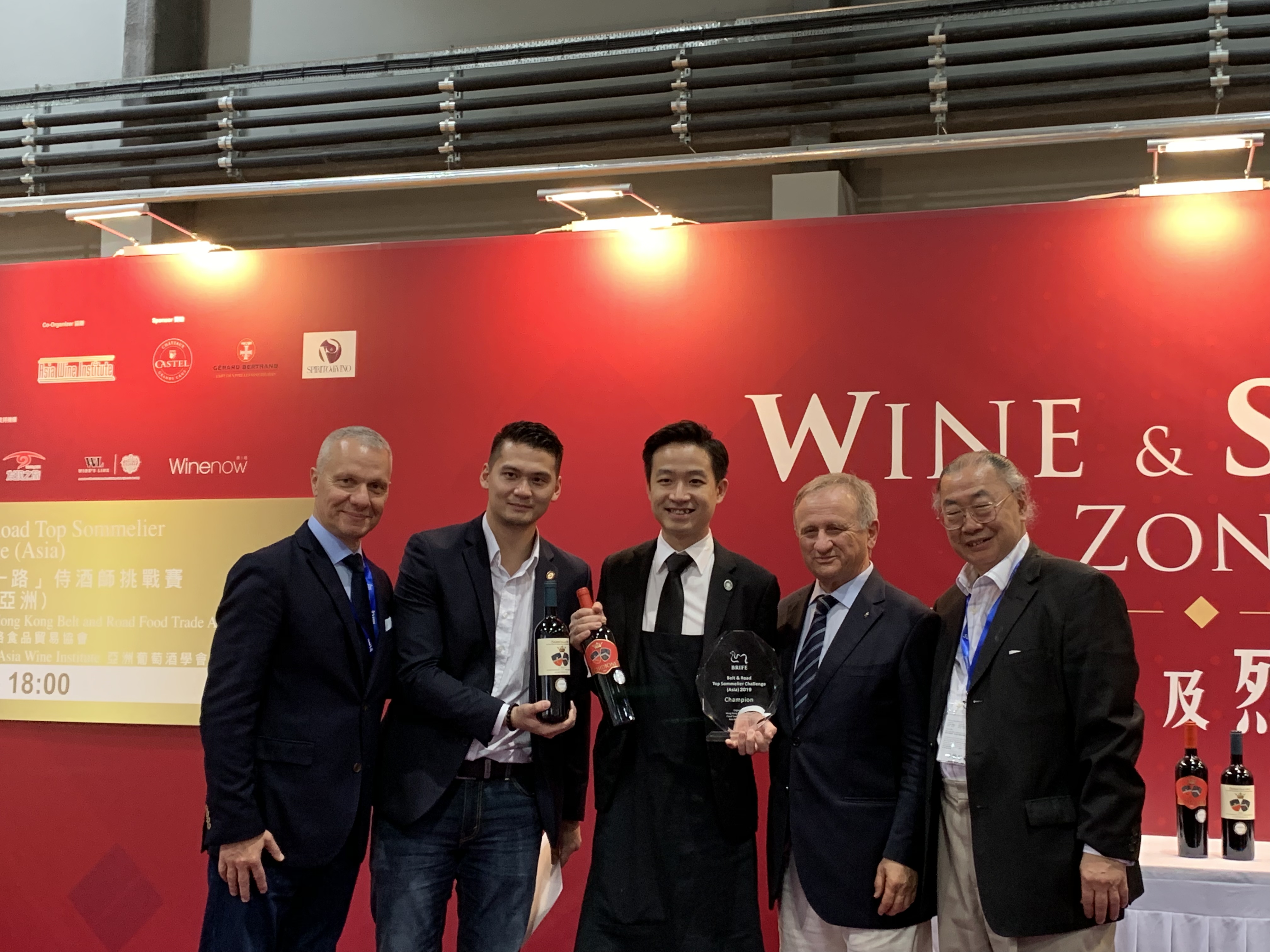 The winners of the inaugural ‘Belt and Road Sommelier Challenge (Asia)’ have been announced with Hong Kong sommelier Reeze Choi taking home the championship.

This is another win for Choi, who finished with a No.16 ranking at this year’s World’s Best Sommelier Competition in Belgium earlier in March, a new record for Hong Kong’s sommelier community.

Joel Lim from Singapore working at Mandarin Oriental hotel came out as first runner up, followed by Derek Li, group sommelier at JIA Group in Hong Kong that owns Duddell’s and and 22 Ships.

Orgnaised by Tommy Lam, president of Asia Wine Institute, the competition was judged by a panel of experts including three Master Sommeliers and sommelier association presidents and among others.

The competition was part of this year’s Belt and Road International Food Expo Hong Kong, which aims to provide a trading and sourcing platform for agri-food business and industries among and beyond the Belt and Road project, China’s ambitious global infrastructure initiative linking more than 150 countries around the world.