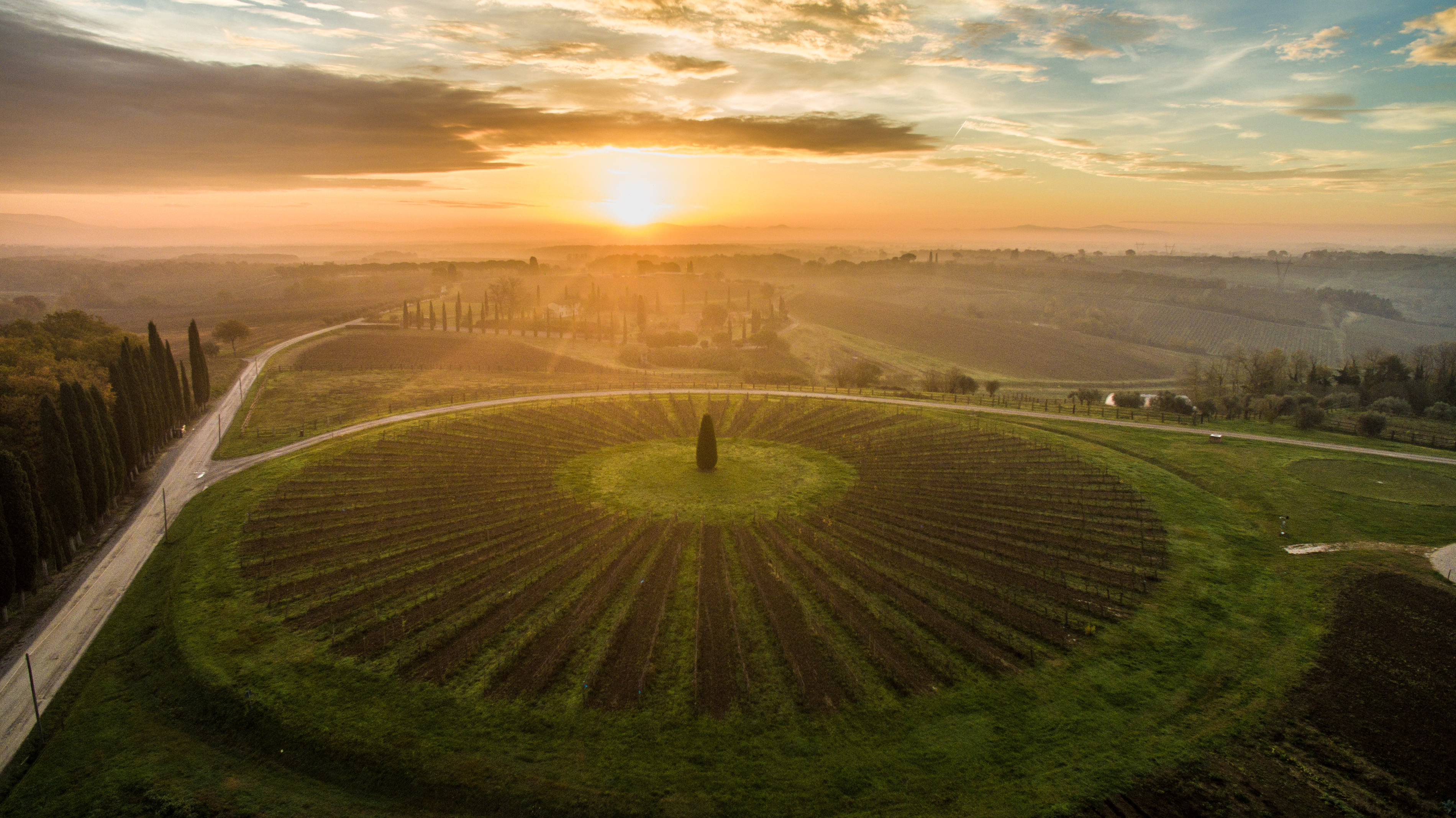 Vino Nobile, or simply Nobile, the noble wine that was once lauded as “king of all wines” by poet Francesco Redi in 17th century, is making a sure return to its old glory, as a recent blind tasting in New York with 11 key sommeliers, wine buyers and writers has affirmed.

Ever since the famous Judgement of Paris in 1976 that saw burgeoning Californian wines triumphing first growths Bordeaux and Grand Cru Burgundies by serving them blind, blind tasting has become a format used by mostly wineries and wine journalists to pit oftentimes a lesser-known wine against more established wines for a partial assessment. If all stars aligned and by all means the lesser known wine came on top gloriously in the blind, it will surely catapult the wine into the big league or at least onto the same level playground.

This was a ploy I employed on my recent trip to New York when serving six 100% Sangiovese, a mix of different price tags from the most affordable and perhaps least familiar US$28 Vino Nobile di Montepulciano to a nearly US$90 Brunello di Montalcino to 11 key sommeliers, wine buyers and wine writers in the city. They are Eric Asimov of the New York Times, Lauren Mowery of Wine Enthusiast, Caleb Ganzer of La Compagnie de Vins Naturale, Jhonel Faelner of Atomix, Kirk Sutherland of Roberta’s, Mariarosa Tartaglione of Ai Fiori, Emilia Aiello of Lupa Osteria Romana, Kristen Wolfe Bieler of Beverage Media Group, Chad Walsh of Skurnik Wines, Hristo Zisovski of Altamarea Restaurant Group, and Sarah Tracy of Villanelle.

The choice of a Vino Nobile in Montepulciano against five Brunellos was strategic. The two appellations, both making Sangiovese wines, only 20 miles apart, but in reality couldn’t have been far more apart in terms of market recognition.

Nobile was once lauded by the cellar-master of Pope Paul III as the “perfect wine” in 1549, and in 1685, it was hailed by poet Francesco Redi as “King of all wines”. In recent decades, its fame was eclipsed by neighbouring supernova – Brunello di Montalcino, a more recent creation in 1865.

Brunello’s fast-track rise saw its annual production more than double from 6 million bottles to 13 million bottles a year. Its price as a result sold in its most valuable export market, the US, averages between US$60 and US$90 a bottle retail, much higher than that of Vino Nobile.

What compounds the problem is Nobile’s identify crisis. Most consumer and trade professionals confuse Vino Nobile di Montepulciano, a wine made from at least 70% Sangiovese in Tuscany, with the red wine grape variety Montepulciano in Abruzzo.

This has spurred a group of leading and reform-minded producers in Montepulciano region to form an Alliance including – Avignonesi, Antinori’s La Braccesca, Boscarelli, Dei, Poliziano and Salcheto – in a move to “restore Nobile’s badge of honour”. Their first move was to scrap all blending varietals – be in indigenous grapes such as Canaiolo or international varieties to make one single vineyard Nobile from 100% Sangiovese that can compete with their more famous neighbours.

I therefore served the six wines concealed in linen bags and marked with only bottle number to each of the tasters individually, and asked them to rank the wines in order of their own preferences. Of the six wines, I only shared information about the fact the wines are all 100% Sangiovese and their vintage – 2014, one of the wettest vintages in most recent history in Tuscany. For the Brunellos, this was also the latest vintage release out in the market after five years of ageing. More importantly as I believe it was in challenging vintages that set a great winery apart from mediocre ones. In a challenge-free vintage, it’s hard not to argue that Mother Nature did if not all but bulk of the work.

Admittedly with the Brunellos tasted, there are marked differences in styles, use of oak, and ripeness of fruit in a wet vintage like 2014 from the lighter style of Ciacci Piccolomini d’Aragona Brunello to the more dense and concentrated version of Casanova di Neri and Banfi.

Sitting across the table watching and recording the tasters’ reaction and assessment is stimulating as they sniff, swirl and opine their conclusions based on style, varietal characters and oak use to gauge whether it’s a Chianti, Chianti Classico or a Brunello. Ghastly, almost none of the tasters made the connection of a 100% Sangiovese with Nobile except a couple.

There was no single result from two tasters that match exactly the same, and in many cases what the tasters deducted to be Chianti turned out to be Brunello, or a Chianti Classico a Nobile. After all, it was all about each taster’s personal preference on that particular day.

The results nonetheless are fascinating. There are two instances when the pricier bottle, a 2014 Altesino Brunello di Montalcino, trailed the pack, leaving me wonder if the wine warrants its US$75 price tag. Caparzo, owned by the same family that purchased Altesino, ended up as the last pick for five tasters.

More stunningly, in three instances the most affordable Nobile from biodynamic winery Avignonesi came out on top, favoured by Kirk Sutherland of Roberta’s, Chad Walsh of Skurnik Wines and Hristo Zisovski of Altamarea Restaurant Group.

Incidentally, the wine was likened by two judges as a Pinot Noir. Sutherland of pizzeria Roberta’s in Brooklyn praised the wine’s elegance and Pinot Noir-like quality, while Chad Walsh went a step further likening it to a Romanee in Burgundy. Hristo in his assessment said the Sangiovese in this wine is a more austere and earthy version for wine lovers of Pinot Noir.

Interestingly Banfi, the American-owned Italian winery that has popularized Brunello is the most polarizing revelation during the series of tastings. Often bastardized by trade elites for being too commercial, it however impressed three tasters in the tasting for its balance and compactness. Learning the result, one sommelier retracted his/her ranking and asked me not to reveal his/her top Banfi choice. Asimov who picked the wine as his fourth favourite was surprised the wine did not come out last. Ciacci Piccolomini d’Argano Brunello, an elegant and less concentrated Brunello, won over two tasters as well as their top pick.

As revealing as the blind tasting results are, framing it as a Nobile triumphing Brunello surely is sensational and gratifying, but it risks losing sight of the fact that Nobile first and foremost is a wine on its own capable of being an evocative and complex wine redolent of sour cherries, earth, and mushroom that are souls of Sangiovese – even without extensive ageing or the flourishes reserved for haughty Brunello.

It undercuts the fact that a well-crafted Nobile faithful of its terroir is equally if not more worthy of greatness. In any case as the results of 11 tasters showed it is not lesser of a wine than any other Brunellos in the flight.

Granted, the tasting results would hardly revolutionalize the entire Nobile wine industry in Tuscany. Nonetheless it gave credibility to the Nobile as an excellent Tuscan wine, and provided fuel to aspiring Nobile producers who are ready to use the win to burnish Nobile’s dusty and old image.

A last, Vino Nobile is making a comeback as the “king of all wines”.