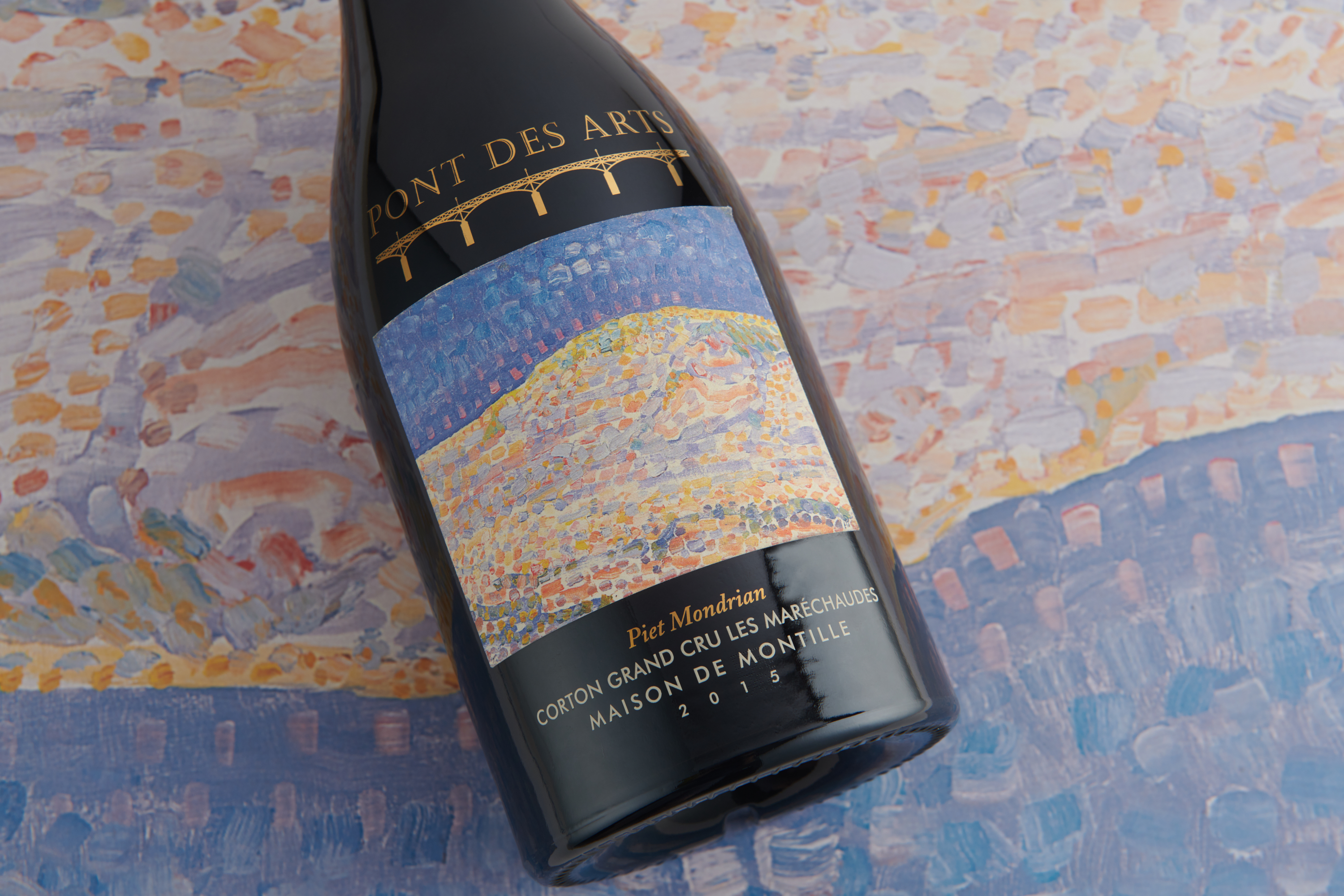 The new collection celebrates the art of Piet Mondrian, one of Europe’s most prominent artists, known for his unique Neo-Plasticism style.

The three wines in the collection consist of a Château la Conseillante 2016, a Corton Grand Cru 2015 from Domaine de Montille and a Blanc de Blancs ‘Réserve Perpétuelle‘ from Pierre Péters.

The wines are sold in a case designed with the same Piet Mondrian’s 1930 composition – Red, Blue, Yellow featured on the bottle of Pomerol 2016 Château la Conseillante.

There are only 100 available worldwide.