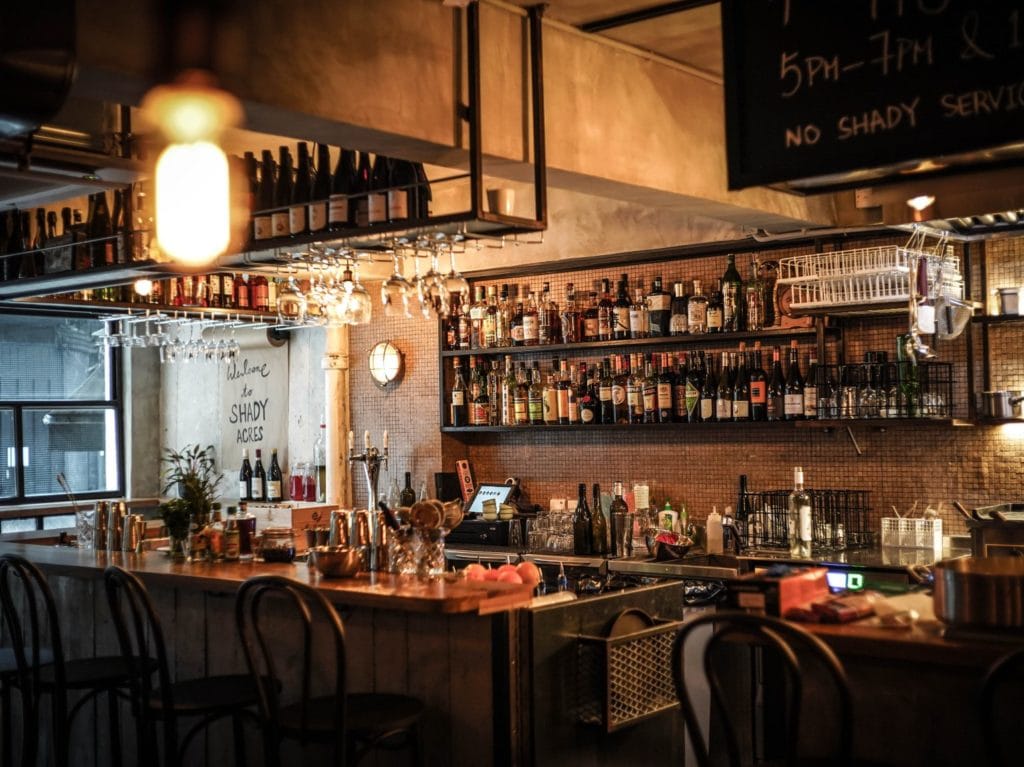 It’s a hot and tense summer in Hong Kong, roiled by months long protests. In trying times, a well-made cocktail or a glass of savory wine might have the healing power for a wretched soul, as American prose stylist Fitzgerald so eloquently said, “Here’s to alcohol, the rose colored glasses of life.”

In this spirit, here are three newly opened bars in Hong Kong this summer including Shady Acres, PIIN and Tell Camellia that we suspect have stocked enough delicious wines and elisir that can perk up any distressed Hongkongers.

Read all the bars below.

Shady Acres is the new wine bar addition to Hong Kong’s boozy neighborhood on Peel Street in Central. Founded by restaurant veterans Mike Watt and Ryan Nightingale, the wine bar opened its doors in May this year, boasting a wine list of more than 200 bottles.

The list encompasses staples from Italy, France, as well Riesling and other cool additions such as the fizzy Pét-Nat and Aussie-made Italian varietals from Unico Zelo.

In addition to wines on the list, it has an interesting wine by the glass menu and a shelf of wines for retail.

This newly opened wine bar and Cantonese restaurant inside H Code in Central is buzzing among the city’s Burgundy lovers, as its wine list champions the hottest wines in the city – Bourgogne wines.

Opened in April by Olivier Halley, the scion of the Halley family – principal shareholder of the world’s second biggest retailer Carrefour – and owner of two Burgundy estates, the restaurant boasts over 1,000 bottles of wines.

The list overseen by one of the city’s top sommelier Reeze Choi included large formats and series of verticals. It will be gradually expanded to 2,000 labels, the sommelier told vino-joy.com.

Many of the wines are straight from owner Halley’s own cellar, who aside for the retailing business had ran a successful business of the French fine wine specialist, FICOFI, in London. This means the selections on the list can guarantee more diversity, older vintage and provenance, Halley explained to vino-joy.com in an interview.

Aside from Burgundy and wines from his two domaines – Château de Meursault and Château de Marsannay, wines from Italy, Bordeaux, Germany, Spain and other New World countries are also on the list.

For vinos who are eager for an after-work fix, the restaurant also offers a HKD350 tasting wine menu for three glasses.

The name is inspired by Camellia Sinensis, a species of evergreen shrub which produces the tea plant. At Tell Camellia, the worlds of teas and cocktails are blended through modern experimental techniques to produce some interesting concoctions.

The cocktail menu features teas sourced around the world, teas from Kenya, Turkey, Sri Lanka and Taiwan to name a few.

The bar opened in late July.