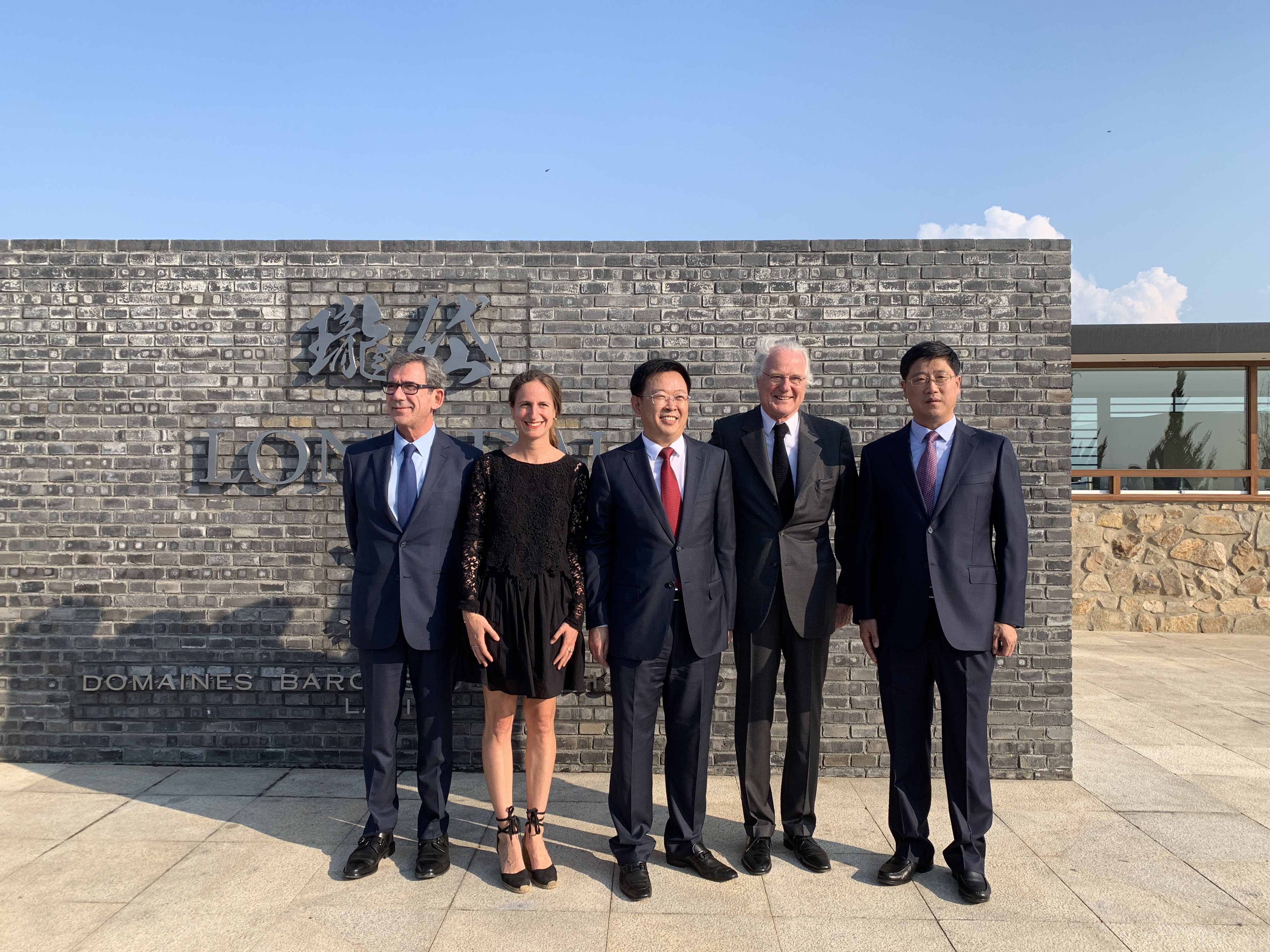 One doesn’t need to gauge how influential Domaines Barons Rothschild Lafite (DBR Lafite) has become as a wine brand in China by simply looking at the speculation and rumours that have been churning out surrounding its ambitious and first Chinese wine project in China’s eastern Shandong province.

Arguably no other wineries in China managed to grab the amount of attention like DBR Lafite’s first Chinese estate Domaine de Long Dai.

From the start when DBR Lafite confirmed to have purchased a 400 ha land in Shandong’s Penglai in 2009, eyebrows were raised at the location of the winery in Monsoon-prone Shandong over popular locations like Ningxia, considered China’s premier wine region in northwestern China.

In 2017, DBR Lafite’s original Chinese partner in the wine project CITIC Group made an unusual move by pulling out 30% of its share, at the time citing a shift to focus on its “core business” as a main reason for the split. In other words, not on wine. This led Chinese media to speculate the profitability of the Chinese project.

A year later, the much anticipated release was said to be finally scheduled for 2018, according to a report by Decanter, but by the end of the year, there was still no ‘Guochan Lafite’ meaning ‘domestically produced Lafite’ as Chinese came to call it, given its winery name and wine name were highly guarded with sworn secrecy.

Yet towards the end of 2018, even with sworn secrecy and security, DBR Lafite’s first Chinese wine name was leaked after Chinese media discovered the trademark the group has filed for its Chinese winery and wine name, forcing the group to search for a new name, which brings to ‘Long Dai’ today, a name that pays tribute to Shandong’s sacred mountain Tai Mountain.

When all is set for the unveiling of the winery name and its first Chinese wine, some people barked at the media invite list, questioning if DBR Lafite was snubbing Chinese media by inviting foreign media only, whereas Lafite in fact invited a few key Chinese wine media and leading wine personalities including Fongyee Walker MW and Terry Xu (小皮) in addition to Decanter and Vino-joy.com.

Now that the winery name and its first vintage of 2017 were unveiled, more information on the project has surfaced. The wine Long Dai is a Cabernet Sauvignon dominated  blend with addition of Cabernet Franc and Marselan, a grape deemed closest to its own by China,  grown on terraced vineyards measuring 30 ha on granite soils in Qiu Shan Valley in Penglai.

Production is limited to only 2500 cases for the first 2017 vintage release, and price is said to be below LVMH’s Chinese wine Ao Yun, a high altitude wine made from Shangri-la in China’s southwestern Yunnan province.

So how do China’s leading winemakers react to Long Dai? Can the new DBR Lafite wine inject more confidence in China’s ambition to become a quality wine producer? Does Lafite’s venture warrant a validation for China? Will the location of the winery in Penglai put Shandong on the fine wine making map when its previous association was largely with volume-driven Changyu Pioneer Wine Company.

“We need to think about one question: do Chinese consumers need a Chinese Lafite, or we need China to make wines that have quality like Lafite? Will Chinese wine market continue to pay for “names” alone, or for “money for value” wines? I think this is going to be a problem that confronts Lafite. Regardless, its wine region selection, winemaking and marketing make it a groundbreaking and challenging wine project,” he told vino-joy.com.

Compared with Ningxia, Shandong doesn’t require its vines to be buried for the merciless winter, a key reason that led the French wine group to decide on the winery location, Olivier Tregoat told vino-joy.com earlier at the wine launch event.

Wang Fang, owner of another leading Chinese winery Kanaan in Ningxia, nonetheless commands DBR Lafite’s entry, and confessed that the fact DBR Lafite waited more than 10 years to launch its first wine was admirable. Pressured by high investment and slow return, most Chinese wineries on the other hand have little patience or financial cachet to afford the time, she noted.

However judging by the estimated release price and the wine’s packaging, Wang admitted, she was underwhelmed. “I am slightly disappointed. Ao Yun for its price at least it’s more or less justified given the costs of making wines. Lafite on the other hand looks more like an aristocratic prince. Given its packing, marketing and time of waiting, overall I am slightly disappointed, and felt like it failed to reach my expectation.”

“As a small winery owner, we are very happy to see internationally known brands building wineries in China. It means that it’s highly favourable to make wines in China” Liu concluded.

Across Ningxia in China’s far northwestern Xinjiang, owner of Tiansai Vineyards Chen Lizhong admitted that she has yet to taste the wine, but expects it to be a high quality wine, given DBR Lafite’s technical know-how and financial prowess. “In this way, it can boost China’s wine industry especially these smaller scale wine operations in China to improve our credibility.”

Dismissing talks of viewing DBR Lafite’s Chinese project as a foe, Wang sees more synergy than animosity. “I think it’s good to have a capable companion joining the same cause and walk a challenging road together,” she stated.