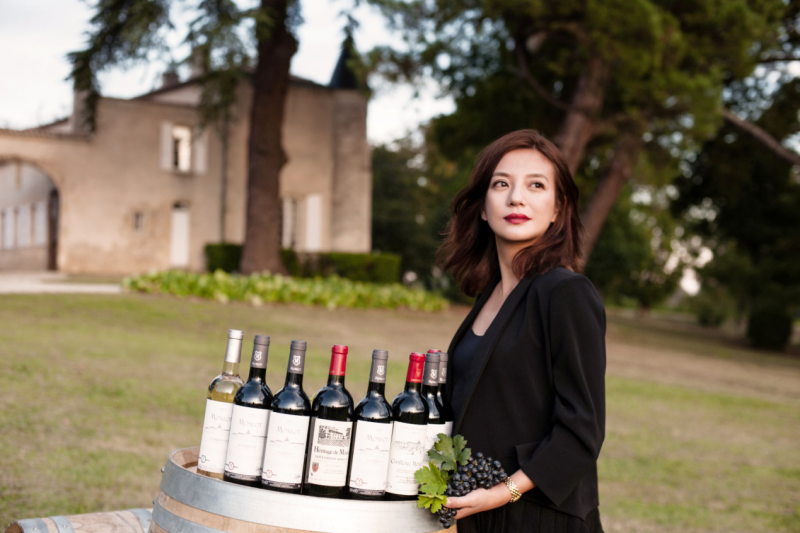 Chinese billionaire actress Zhao Wei or Vicki Zhao has purchased another château in Bordeaux for an undisclosed amount, expanding her vineyard holdings in the famed French wine region.

According to a report by Vitisphere, Zhao Wei has bought Château La Croix de la Roche, a 12 ha winery in AOC Fronsac and Bordeaux. The acquisition was completed in March this year.

The winery is said to be able to produce 82,000 bottles of wines including Fronsac, Cremant de Bordeaux, Bordeaux blancs and reds in addition to Bordeaux Superieur.

Isabelle Maurin, who had owned the château since 1982, sold it as no family members are willing to take it over, according to the report.

Zhao was among the first Asian celebrities tapping into winemaking business in Bordeaux.

She went on to purchase Château Patarabet located at the foot of the village of Saint-Émilion and the 16-ha Château La Vue in 2013. Her footprint expanded into Entre-Deux-Mers with the purchase of 57-ha Château Senailhac in 2015.

In addition to wineries, she also founded a negociant house called SAS Cellar Privilege, selling her wines back to China.

Her star power proved to be her biggest asset in drawing Chinese wine drinkers. Her wines from Château Monlot particularly the cheaper range under Monlot label often ranks the most popular wines on Alibaba’s Tmall.com.

Her wine came under fire as critics accused her of selling OEM wines with much hyped prices under her Monlot label. The winery however reiterated the wines are bottled from the estate.

Zhao shot to fame overnight after starring in China’s drama series My Fair Princess (还珠格格), and later went on to become a movie star, director and entrepreneur.

Her troubles however started roughly two years ago when China’s state regulators banned her and her husband from China’s securities markets for five years after “misleading the market” in 2017 over a failed takeover deal.