News
By the glass: Olivier Halley 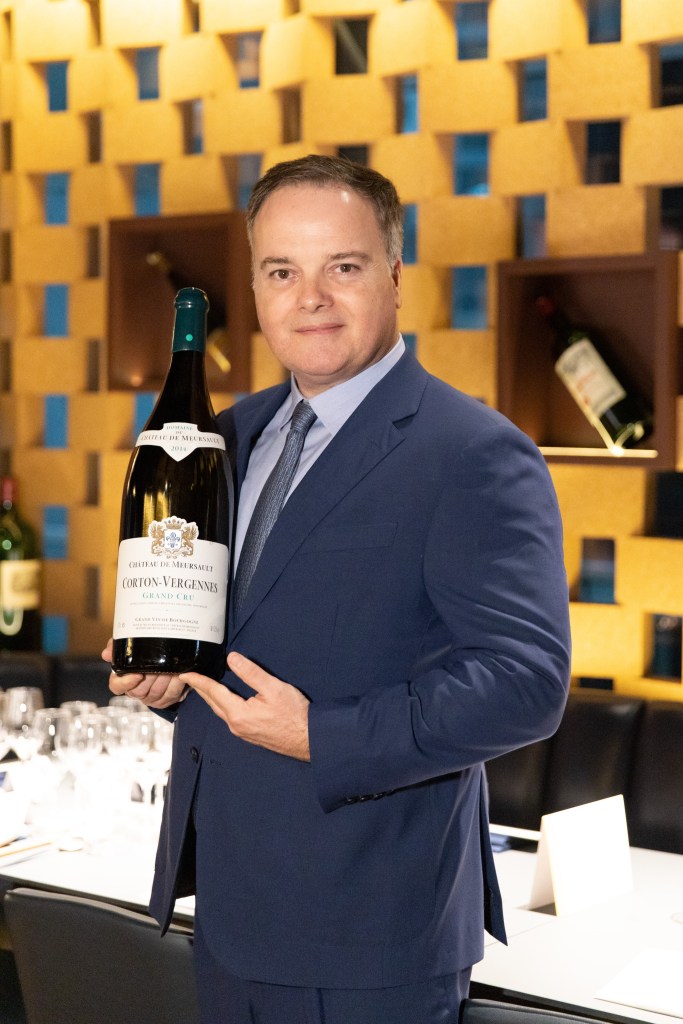 Olivier Halley, the scion of the Halley family – principal shareholder of the world’s second biggest retailer Carrefour – knows a thing or two about expanding business. Having purchased two domaines in Burgundy, Château de Meursault and Château de Marsannay, in 2012 and grew a successful business of French fine wine specialist Ficofi beyond London, Halley this year made a pivot to the East. This April, he opened his Burgundy-centric Cantonese restaurant PIIN in Hong Kong, a top market for high-end Burgundies. The restaurant boasts an expansive list of more than 1,000 wines including large format bottles and enviable verticals. In an interview with vino-joy.com, the entrepreneur shares how he made the switch from retailing to wine, the wine that he most longs for, drinking which as he describes would be like “seeing dinosaurs alive again”, and in contrast, the wine that’s least likely to tickle his taste bud, rosé .

How many years have you been aged so far?

Too many years of ageing!

What led you to wine?

My family started in the wine business during my great-grandfather’s generation. Although the main business had become the supermarket business, it has now come full circle with my investments in the two estates in Burgundy.

What’s your pet peeves about wine?

From a consumer’s perspective, I must admit that I have a totally unfair bias against rosé wine. It is not a real wine as one can consider that a teenager isn’t yet a fully mature adult.

We have a rather balanced life these days of wine in moderation. We do make sure to drink the best when we consume wine! In HK, there are so many temptations for our taste buds such as tea that can be also very fascinating.

I love exploring different countries and cultures. I had left France when I was 17 then have lived in the US, Hong Kong (twice), Argentina and Belgium since! I try to learn the local language in the country where I stayed. I have been taking Mandarin lessons in Hong Kong which isn’t exactly the local dialect but it is certainly a close proxy.

What kind of wines are in your wine fridge/cellar?

I have to admit that they are 99% very fine wines. We have several cellars here in HK. At home, we store primarily wines from Burgundy though our collection is increasingly international. We have of course plenty of wines from Château de Meursault and Marsannay but also many horizontals and verticals from the domaines of our dear friends in Burgundy. As a key partner in Club FICOFI, one of my other involvements in wine, we have built an extensive collection of Bordeaux wines.

What’s the weirdest wine you’ve tasted so far that you actually liked?

Greek Retsina wine in 1990.  I could barely get through the first glass initially but actually ended up finishing the entire bottle.

If you can recommend one wine to any leader in the world, who would it be and what would you recommend?

Just about every other French President from the past decade, for reasons of projecting a certain public image, pretending to be non-drinkers.  I’d recommend them a Nicolas Rolin red Burgundy from the Hospice de Beaune’s annual charity auction to remind them of a time when public figures understood the positive societal importance of local production and had supported local farmers.

If you can drink any wine in the world, which wine would you like to have?

A wine from Burgundy from the pre-Phylloxera era. Phylloxera destroyed all the original rootstocks, and drinking a pre-phylloxera wine would give the opportunity to experience something akin to seeing dinosaurs alive again.

If you are a wine, how would you imagine your tasting note would be like?

What makes you happy?

To see the smiles of anticipation on the faces when contemplating a lineup of wines before a dinner.

If you can only drink one wine for the rest of your life, what would it be?

That’s a tough one. If I had to choose one then it would be bottle of Bâtard Montrachet. It is a wine that full of surprises; the aromas evolve so beautifully when first opened in the bottle then poured into the glass. It also tends to be the wine that continues to shine through at the end of a dinner when the reds may have tapered off.