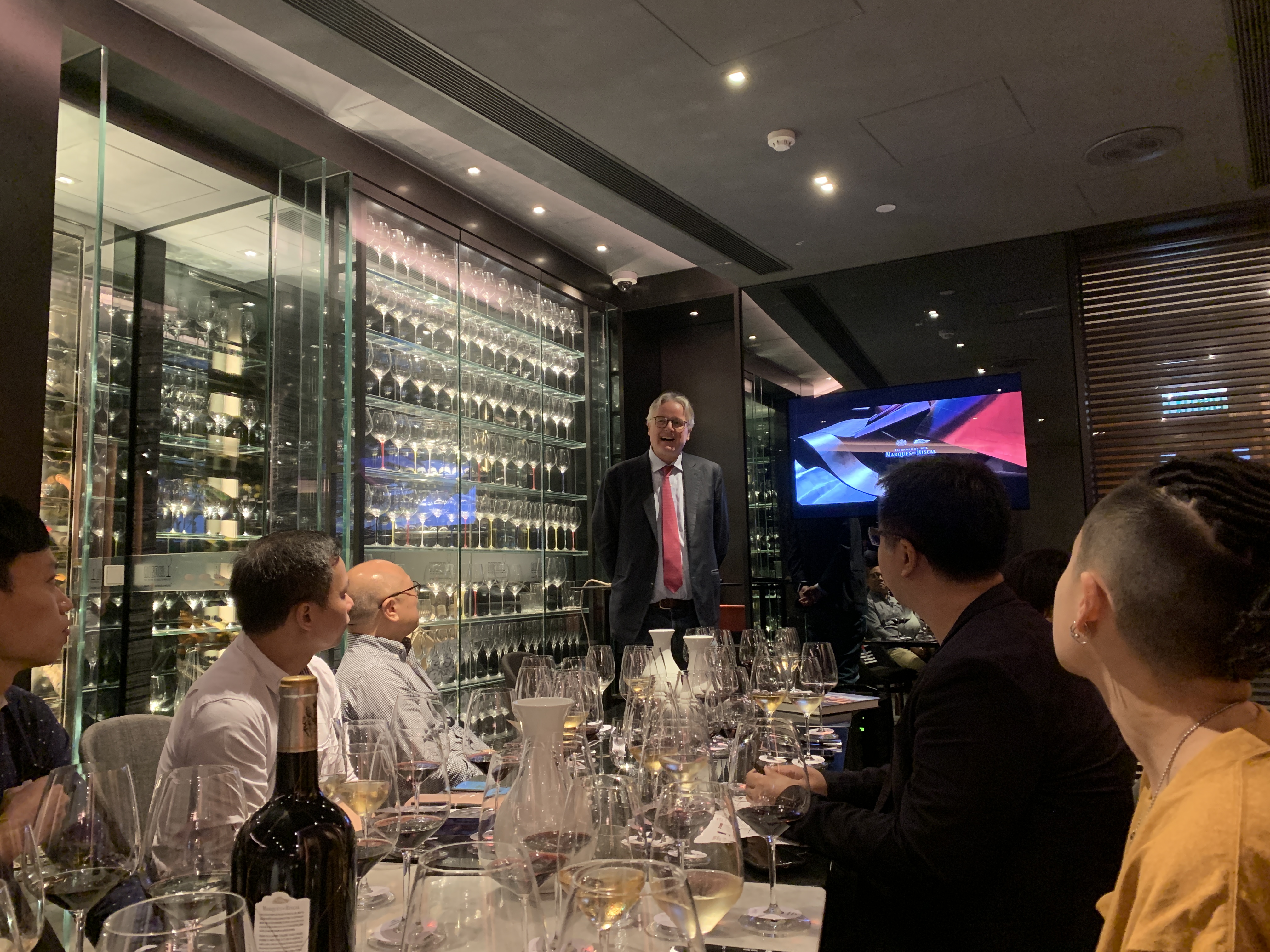 While in Hong Kong launching his new book on Spain’s iconic winery Marqués de Riscal, Andrew Caillard MW took aim at wine drinkers’ excessive pursuit for a perfect wine, rebutting that if all wines are the same, “it would be coco-cola”.

Caillard made the comments when hosting a tasting to mark the launch of his new book titled A Travel Through Time, which tells the story of Spain’s historic estate Marqués de Riscal and its 150-year history of winemaking.

Speaking to a room of media and trade professionals in Hong Kong, Caillard made a passionate case championing the storied estate that traces its history back to 1858.

The 1999 Gran Reserva as he recounted is a vintage defined by heavy, extensive frost in Spring, followed by a wet summer through harvest. The climatic challenges in many cases would not make the wine a perfect wine as far as conventions go.

Speaking passionately about the wine, Caillard aruges, ” Wine tells you a story of some sort, about the season, about how man interconnects. Vintage might not be perfect. In a sense, a flawed wine is more interesting.”

Continuing, he added, “What makes it really interesting is watching the journey. Wouldn’t it be boring if every wine is the same because that would be coco-cola?”

Speaking of the correlation between price and quality, Caillard also called consumers to look beyond price factor.

Citing an example of the Baron de Chirel Verdejo Vinas Centenarias 2015, a wine made from un-grafted and pre-phylloxera vines of more than 100 years old, Caillaid praised the white’s complexity, character and pedigree.

Its quality level, according to him, can rival Bordeaux first growth Chateau Haut-Brions Blanc without breaking your bank.

The wines are available in Hong Kong through its importer Summergate Fine Wines.